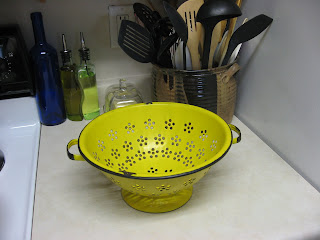 This was an interesting tale to read. I was eighteen in 1970 and I was set to flee to Canada to avoid the draft. But when my number was called it was #270, and they only took up to #150 that year. My future father-in-law (an army colonel) and I never spoke about this in the years to come. Thanks for sharing.

Oh boy, what a great story! Reminds me of a couple similar situations I was in. I was 18 in the fall of 1969, and just discovering the world outside my parents home! The next year I ended up being an itinerate worker, picking pears and apples, living in a little tiny cabin . . . and loving every minute of it! I think I made about $5 a day! But, it was free rent, while it lasted!

Hey, if nothing else it was an adventure to look back on and remember. :)

Tori--Yup! I've never been one to live my life looking back and wondering "what if", you know. No regrets! ;)

Dear Rita, the word "gang-raped" stunned me. I truly cannot imagine what that terrifying experience must be like. And yet you have survived and thrived. I admire you deep down and broadly.

I keep getting comments on my blog about how courageous I've been. But I've been nothing compared to you and your experiences. You are the one whose memoir would show a vastness of experience and a will to survive and to give back to the Universe.

To run away to Canada with all that implies was so daring. The young woman you met reminds me of the prostitutes in Steinbeck's novels about California. She was an innocent at heart. As were you.

Isn't life a mystery and a puzzle?

Dee--Life is truly a mystery and a puzzle. As you know, courage is just doing what you have to do even if you don't want to. It's quite relative. ;)
You thought on a large scale than I did. I was in survival mode back then. I am deeply grateful that I never lost myself--my soul. Stubbornness, I figure--LOL! ;)

You can't camp without an iron! I love your stories. I'll gradually read through more of them. Dee sent me. I'll follow you, and I hope you'll follow me. My blog was private and is now public again. You can find me at www.dumpedfirstwife.blogspot.com.

When I was younger I was afraid of everything. I'm not sure why that is - perhaps just that I had such a happy childhood that I never wanted to leave it. I'm still not very brave, but despite that, I've actually done a lot that I never imagined. Even now, I was terrified to begin this road trip, but I am settling into it nicely. I'm hoping to be more open to adventure and inviting it in as opposed to resisting it. You and Dee are true inspirations to me.

Melissa--Thank you! You are truly on an adventure right now, yes!! I am following your travels and love all the pictures. What a huge shift!! Enjoy! :)

What an adventure! I especially love how important it was to you to take cleaning supplies and scrub that room! I'd have done the same.

Kathryn--Oh yes!! You would have really wanted to scrub every inch of that little room, I tell you! LOL! ;)

So much here to take in! My hitch-hike adventure was to California in '63 to be a surfer, thence to SF pre-Hippie days - I meat Beatniks! What amazing things one takes for granted in one's late teens. I have known a girl who was raped and I am astounded that you still had such courage after to hitch and so forth - it took years for my friend to even be able to stand at a bus stop alone. One of the great things about those days was meeting people so far from one's own experience, people one had been warned against. I am so grateful that there are so many groups and types whom people condemn en masse and of whom I have personal knowledge from my travels that always tempers my feelings about that group. People can be so kind and so often are. In fact they USUALLY are. It is easy to forget that in the heat of discussions of politics or beliefs. By the way, it isn't just true in the US and Canada. Twice my car broke down in the Saudi desert at night more than 100 miles from either my destination or my home there. Both times one of the first couple of cars to pass stopped, seeing my outstretched palm (you don't use your thumb to hitch there) and the driver, shocked, exclaimed, "You cannot hitch-hike in Saudi!" - then gave me a ride to exactly where I was going for fear I was too dumb to learn. I was.

Hi David!
Beatniks! They always seemed so morose to me, but fascinating. The hippies were a much happier lot--LOL!

I was terrified to leave the house at first. But I was determined that they weren't going to take huge pieces of me away ( I was a born wanderer). I wasn't going to let them do that to me. I didn't want to be afraid all the time. I didn't want them to win. So, I forced myself to walk across town to a girlfriend's house--alone--shaking and sweating--and kept doing it over and over that summer and fall until I quit trembling and my heart quit racing. I am a stubborn Swede.

And I agree with you--people are usually nice and helpful and kind. USUALLY. I did not allow that terrible night to taint my belief in the goodness of people. I still give them the benefit of the doubt--and let them show me who they are. I've just learned over the years to pay attention to what they show me...not what they TELL me. ;)

So is this a short story, or your story? It is a great story, if true you have really lived!
My friend Spyder Lyn writes her stories on a site and they go onto Amazon, I will have to look it up for you, or you can find it on her blog.
Cazzy x